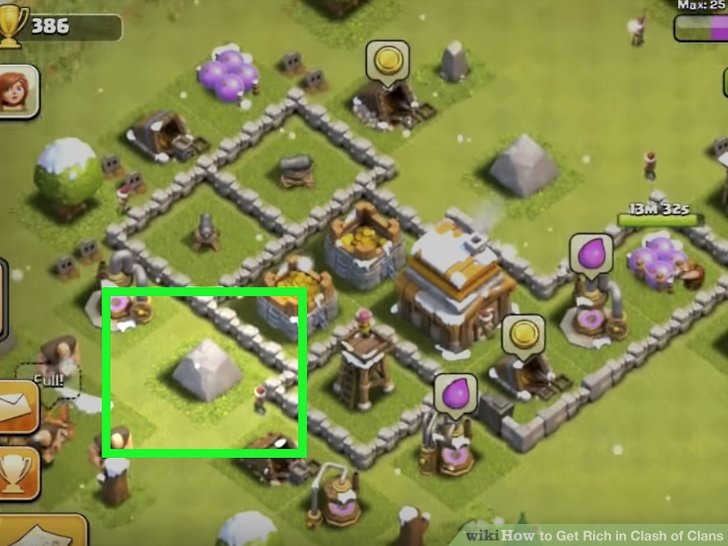 CoC eSports is booming! That’s right, you can now compete , esports style, in your favorite mobile strategy game! The Clash of Clans ESL Mobile Open begins today! Players will compete through 3 phases of qualifying competitions to earn a spot at the tournament finals in DreamHack Dallas, and a shot at their share of $39,000! In-game pre-qualifier: The qualifying Clan’s Leader will be contacted by Supercell via the in-game inbox. The Clan Leader has 24 hours to confirm their participation in that month’s Offline Qualifier. If the Clan Leader fails to respond in time or if their Clan isn’t available to attend the Offline Qualifier in Katowice, Poland, the spot will be offered to the next ranking Clan.

Released in 2012 by SuperCell, Clash of Clans is a freemium strategy game, focused on building and attacking cities. It’s been five years since the game was released but it still hasn’t come down from the top 100 on the app store. Let’s find out why the game is still loved by millions of people. Gameplay: The game starts off with a tutorial where you get to learn the mechanics of the game. You have to build your village from scratch using resources such as elixir and gold. You can collect these resources using elixir collectors and gold mines. You can solely focus on building your base or attacking other players or a mix of both. Resources can also be obtained from other players by invading their bases. To attack the bases of other players, you need to build barracks and army camps.

There are over 18 types of soldiers available throughout the game, ranging from normal barbarians to magical dragons. Each soldier takes a definite amount of space in the army camp, which sets a cap on the total number of soldiers. You also have a laboratory where you can upgrade your soldiers. There is a spell factory where you can build different types of spells. As you progress in the game, you will unlock another resource called dark elixir. Dark Elixir is used to create stronger troops but there is a catch. It takes a long time to get enough dark elixir to build and upgrade your troops. When you choose to attack, you can either invade another player’s base or you can play the campaign mode. When attacking another base, your aim is to completely destroy the base. The resources you steal from the opponent will be added to your reserves. However, any troop that gets killed during the attack won’t return to your base. The same rules apply in campaign mode. Clash of Clans uses a trophy-based system to match up players and places you in a league the moment you attack. Overall, there are nine leagues in the game. When you win a battle, you gain trophies and when you fail, you lose trophies.

Gold purchases the construction of important let’s-get-bigger buildings. And it also helps you bulk up your growing kingdom with defensive necessities such as walls, cannons, archer towers and the like. Elixir, then, is the stuff that trains up and maintains your troops. Archers, barbarians and giants flesh out the first tier of fighters, and then you can upgrade your battler ranks to skeletal wall-breakers, goblins, bomb-dropping balloons, dragons, flying imps, Valkyries, witches, golems and even immortal heroes. A motley assortment to be sure, but they do know how to pillage and plunder. Where does all that gold and elixir come from? Well, if you build the proper machines and gold mines, you can get both right out of the ground. That’s really convenient. And by convenient I mean horribly inconvenient. Because your own dig-and-pump facilities work at a painfully slow pace. So the “best” way of getting those valuable commodities is to do a little marauding and attacking of your own, stealing somebody else’s hard-earned stashes.

Just about the time this game hooks you with its quirky cartoon troops and try-to-outfox-the-defenses strategy challenges, you realize that all of your dreams of “bigger and betterness” require some major time investment. Once they’re beefed up a bit, your troops are no longer developed in mere seconds; they now take several minutes (read: many, many minutes) to train. And the bigger barracks and buildings start demanding literal hours of construction time. Why, you’d have to check in every half hour all day long to be able to really keep track of your community’s real-time development.

Joining a clan is a smart thing to do. Clanmates can give you troops and you can chat. The clan leader can be the founder and is able to kick people out and demote clan elders. Elders are second-in-command and can kick people out of the clan. Members just are in the clan but they can leave. Good luck clashers!