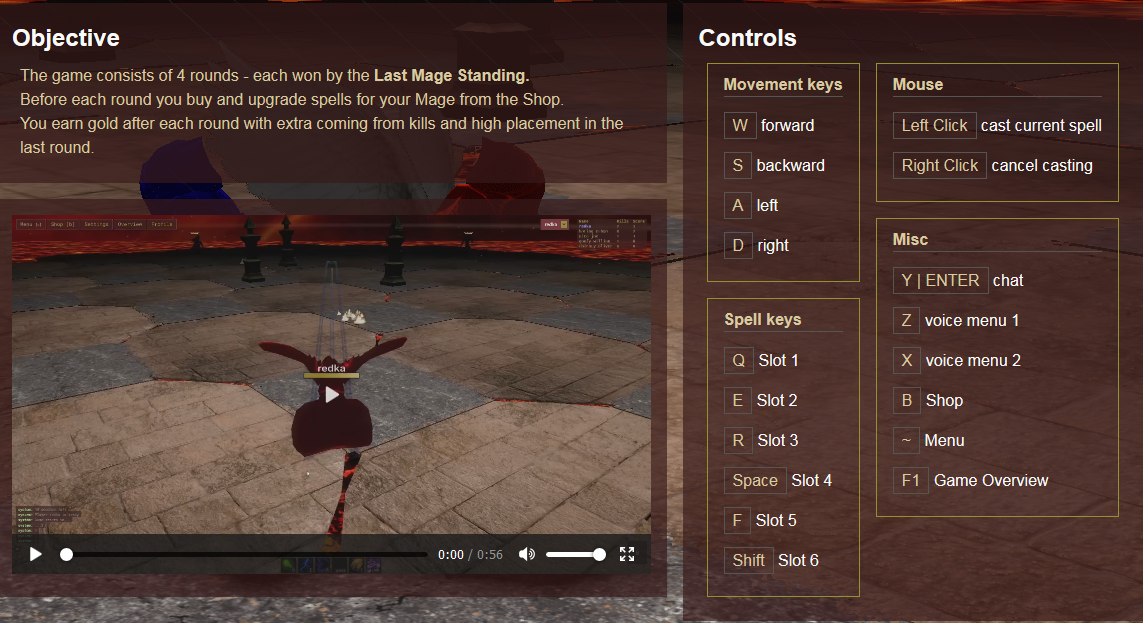 Mages is a quite funny arena browser multiplayer magic game, the first game from Redka Games. The game is functional and playable and i have spent some enjoyale moments casting fireballs at my mage enemies. The game consists of 4 rounds – each won by the Last Mage Standing. Before each round you buy and upgrade spells for your Mage from the Shop. You earn gold after each round with extra coming from kills and high placement in the last round.

The game has lot’s of skills and spells, from damage spells to teleportation and movement improving skills. Defensive skills are preffered by people who want to last longer, the usual “tank” play style. And watch the lava on the edge of the arena, there are a lot of spells that displace your mage and you end up in lava. Play the game here : Arena 3D browser multiplayer game.

Movement skills are not to be overlooked, the speed of your mage is quite slow, boosts of speed or blink or teleport are handy spells to get out of dangers path! There are 4 servers available, to get a good ping for players all around the world. Test your mage skills and have some fun in Redka’s Games Mages.

You can also level up your skills, because the mage (char) is persistent between rounds, so choosing what skills to develop adds to the strategical depth layer. Overall a quite funny game.