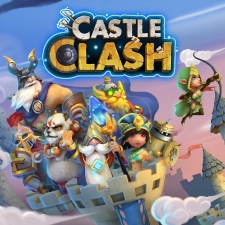 That’s thanks to a report by Sensor Tower, which reveals that Castle Clash experienced a four per cent growth year-over-year during this year’s third quarter.

The bulk of this revenue came from gamers in the United States, who contributed 32 per cent of player spending at $178 million. Germany followed in popularity, with its $63.4 million accounting for 12 per cent of lifetime worldwide revenue.

Android holds an overwhelming slice of the pie for Castle Clash, with its 148 million downloads accounting for 75 per cent of the game’s total.

Castle Clash isn’t the only success story for IGG. The company’s other fantasy strategy release, Lords Mobile, passed worldwide over $825 million in worldwide revenue this September.

The success of both Castle Clash and Lords Mobile has helped the Singapore-based studio expand further afield.

IGG recently opened a new location in Jakarta, Indonesia. The new office will house a number of departments, from human resources to business development and marketing.