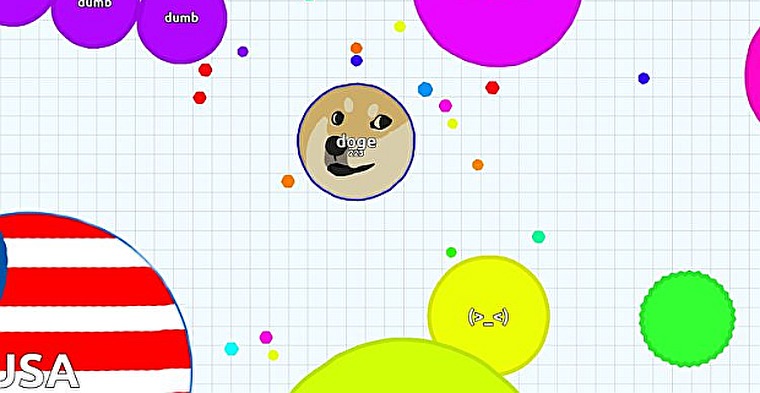 IO games are on the rise and in this post we will take a look a few of them. Slither.io Imagine the really old Nokia phone game Snake – but online, 3D and multiplayer. Play as a snake, and collect orbs onscreen. The more you collect, the more experience you’ll gain and the bigger you’ll grow. Grab a boost in experience by absorbing other players – but be careful, they’re after you too!

Diep.io, in essence, is very basic. You are a tank and your goal is to shoot other tanks and objects, with the objective of collecting experience points to spend on upgrades. A notion that most gamers are familiar with and requires very little in the way of in-game experience to understand.

Spinz.io : Kind of like Agar.io with a fidget spinner. Collecting dots increases your fidget spinner’s speed, allowing you to ram into and eliminate other players. Whirlpools can help launch you at another player or help you get away when someone else is spinning so fast you that you can’t see the fidget spinner shape anymore. It’s definitely fun and addictive but does pander to the now somewhat dead fidget spinner hype. No judgment, feel free to enjoy fidget spinners! And it runs pretty well on iffy internet service. But why play this over Agar.io? You can see and play more on this website : IO Games.

Wilds.io : We can play in different modes such as fort and browars, and we can even train with our friends if we want to. Our avatars are spawned in the wild where we have to defend ourselves against wild creatures. In fort mode, we have to kill the players of the opposite teams. In another mode, you and another player have to fight till one of the players is killed.

Easily one of the most stylish looking games I played through was that of Vanar.io, a cartoonish imagining of what the arcade classic ‘Asteroids’ might have been like if as well as being pelted by asteroids, your spacecraft was also being endlessly being attacked by progressively bigger spaceships, just in case you weren’t finding the former challenging enough. With only the capability to turn and boost in one direction to control your ship and a combination of both shields and missiles required to survive, Vanar.io makes for some fantastically frantic multiplayer space combat.